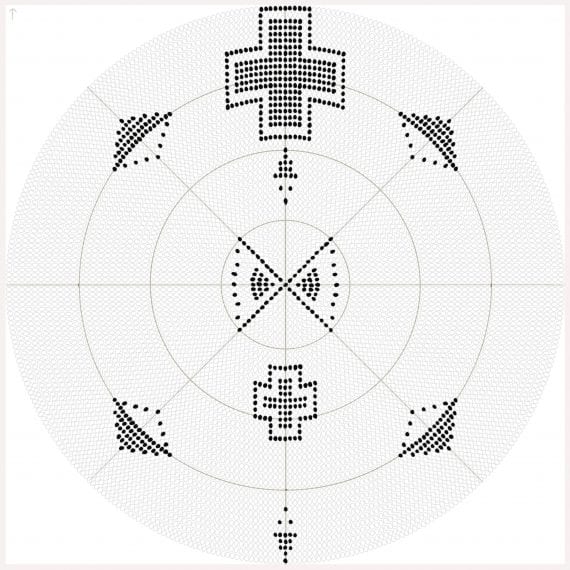 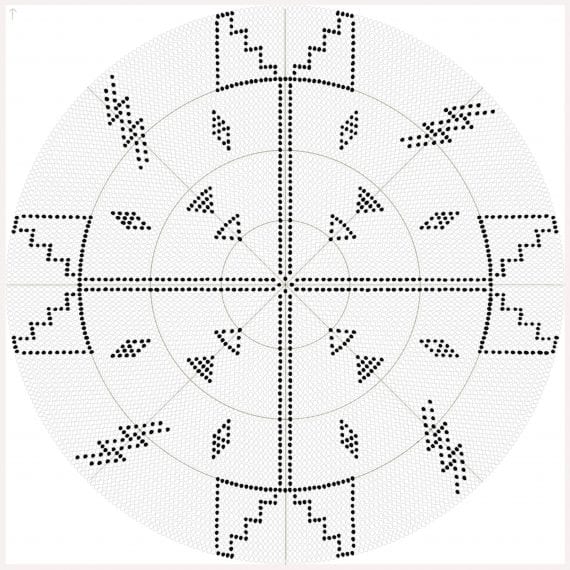 The Lakota language was historically an unwritten language. Over the past few decades, native Lakota speakers have contracted and worked with linguists to create a standard orthography with which to write, read, and teach Lakota and Dakota. This standardized writing system is rooted in a Latin glyph system, the same system as our colonizer. While there are compelling reasons for this, I have often wondered what it would look like for my tribe to create our own writing system for both modern and traditional mediums. Although Lakota was primarily an oral language, we often employed our own visual vocabulary to communicate and convey meaning across a variety of mediums—bead and quillwork, paint, sign language, and smoke. Ancestral Type is a speculative attempt to generate a new writing system that incorporates Lakota values, visual vocabulary, and mark-making tools for past, present, and emerging communication mediums. 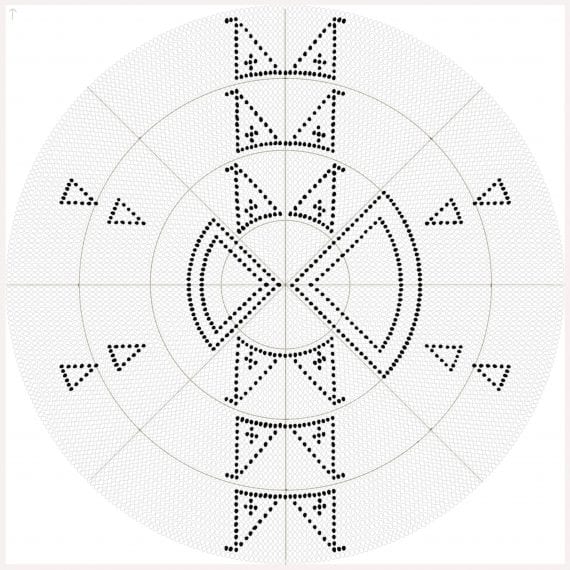 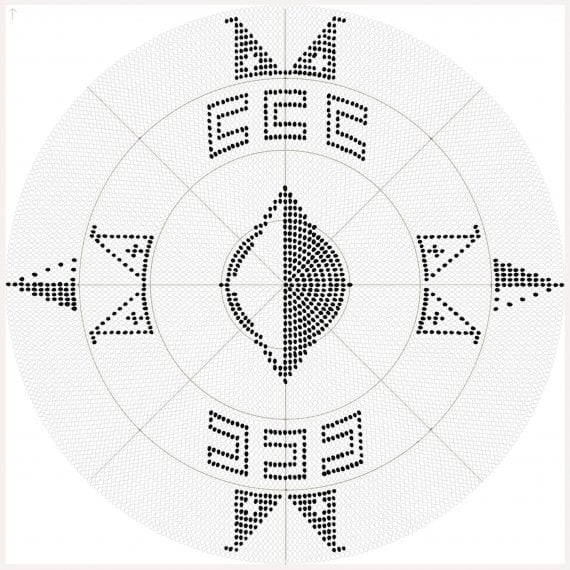 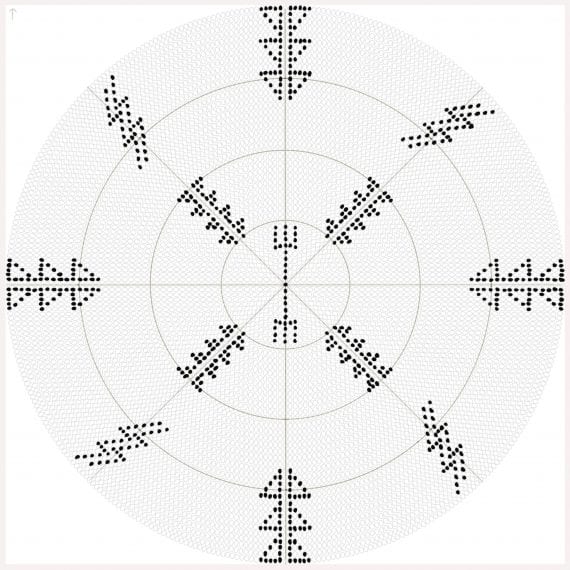 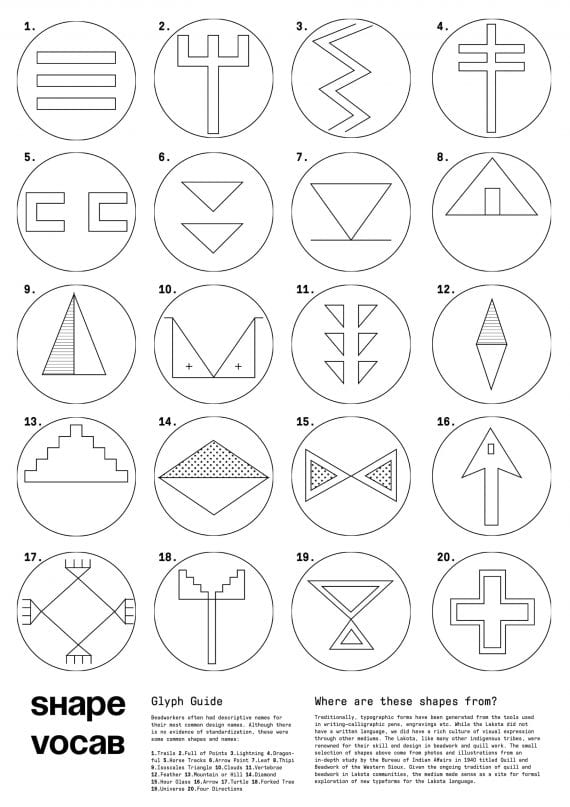 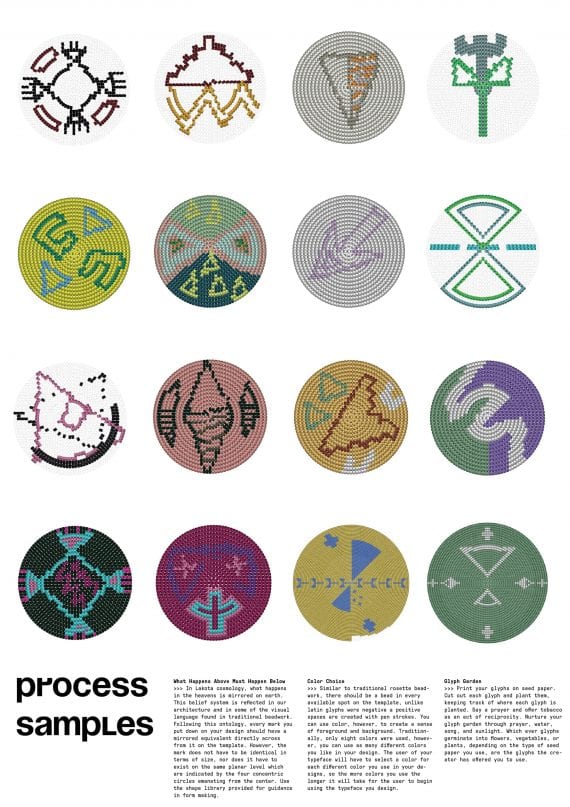 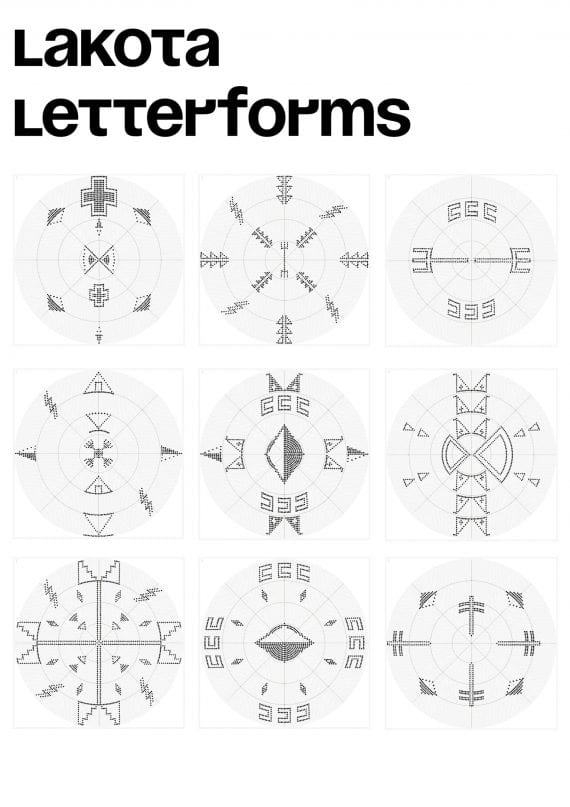 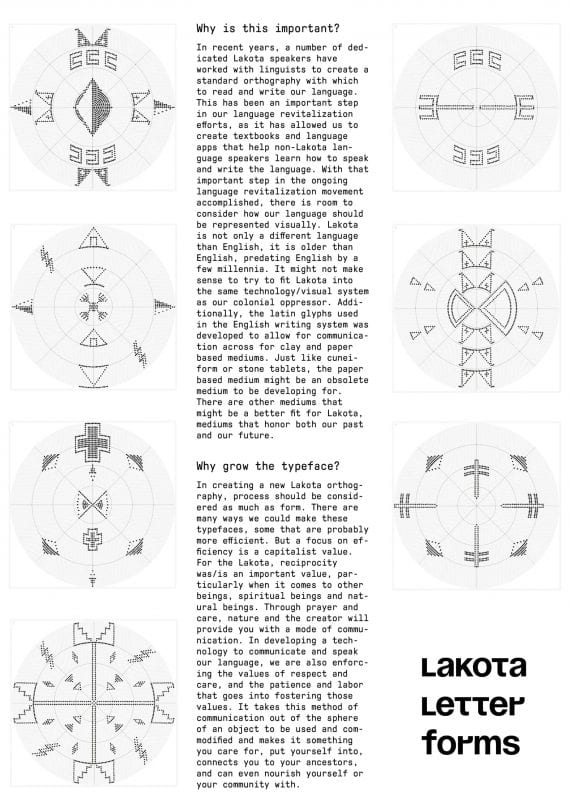