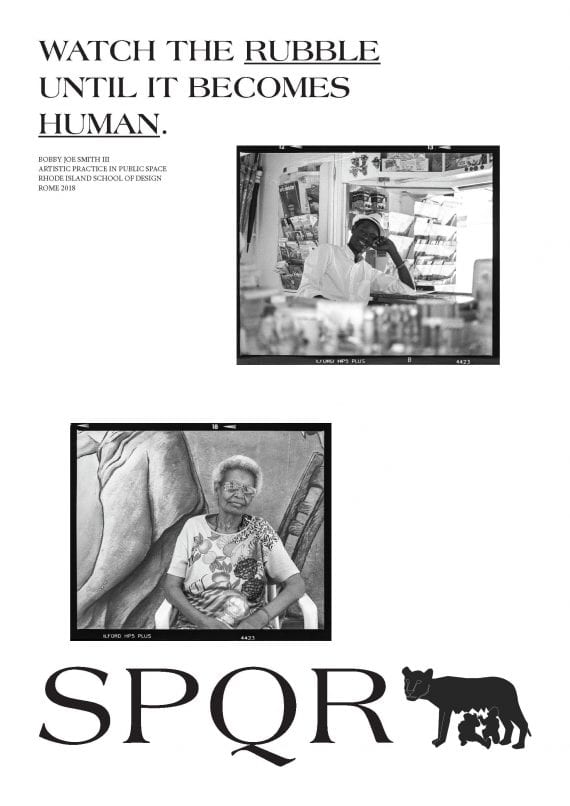 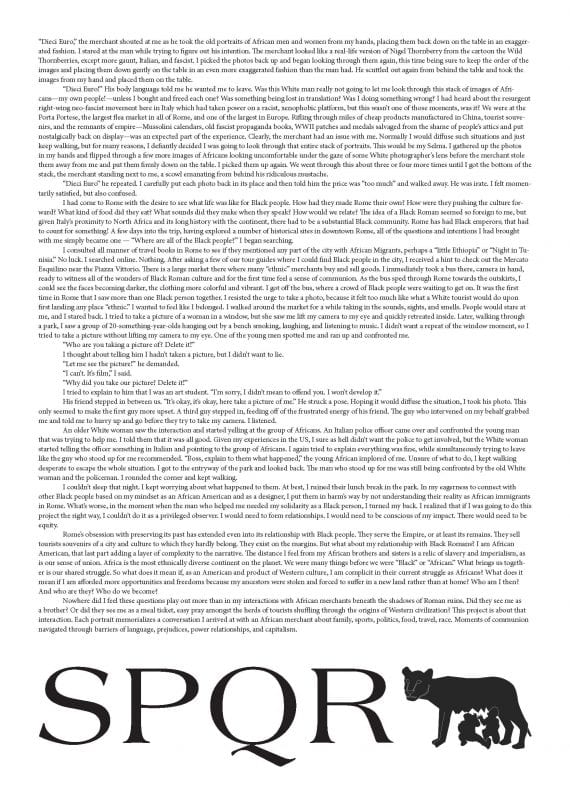 SPQR is a publication, performance, and photo project conducted in Rome as part of a course on Artistic Practice in Public Space. In it, I investigate my relationship with Black people in a new space, in particular, the African merchants selling items predominantly to tourists throughout Rome. I wanted to see how we related to each other and whether another space could be reached outside of the transactional desire they had to sell me an object and I had to utilize their portrait in an art project. The publication includes my writings on the experience, items I purchased from the merchants, and fliers with portraits of the merchants I had conversations with emblazoned with the abbreviation SPQR which is a phrase Romans use to identify themselves. I wanted these fliers to be posted publicly around Rome as a statement in the face of increasing prejudice that the migrant African populations living and working in Rome are also Roman. On the day of the final show, I sat at the entrance and sold the publication using the techniques I had picked up from my interactions with the merchants. I also installed/disseminated the publication on the steps of the Cenci, forcing people going through the exhibition to navigate these fliers—would they step on them, would they be noticed, would they be tolerated, or would they be interacted with in some other way? 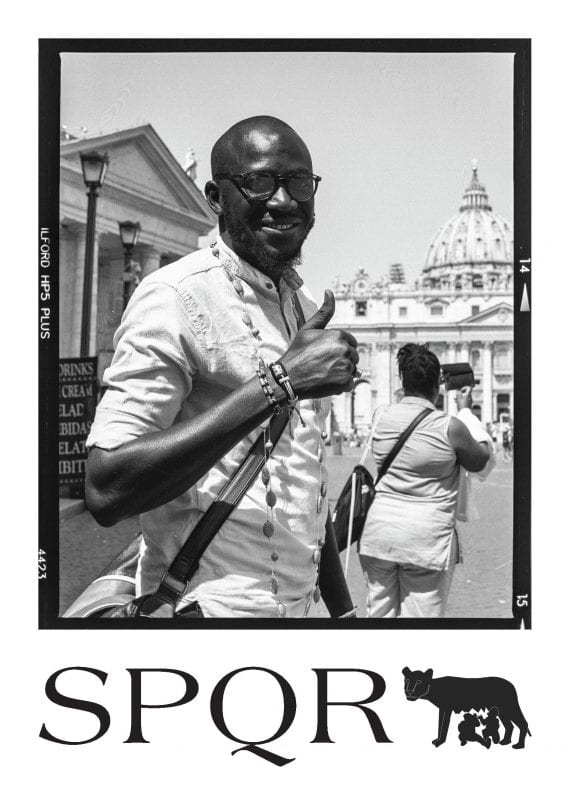 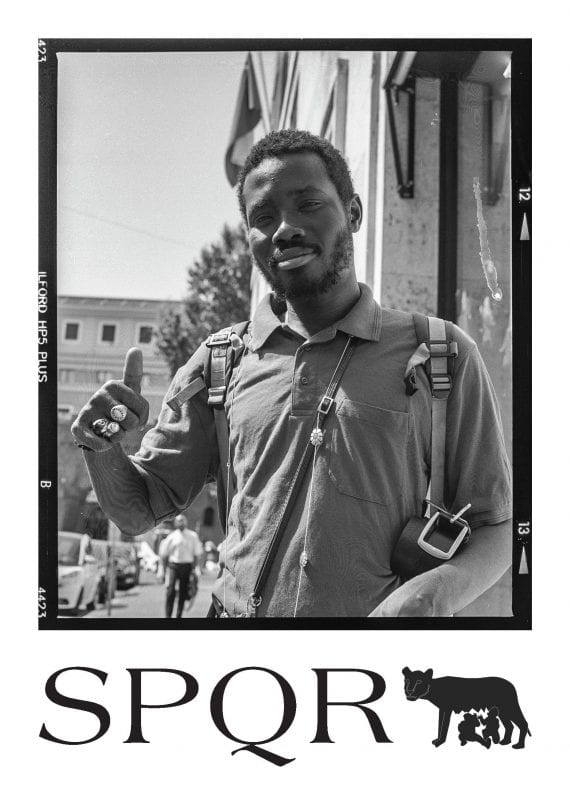 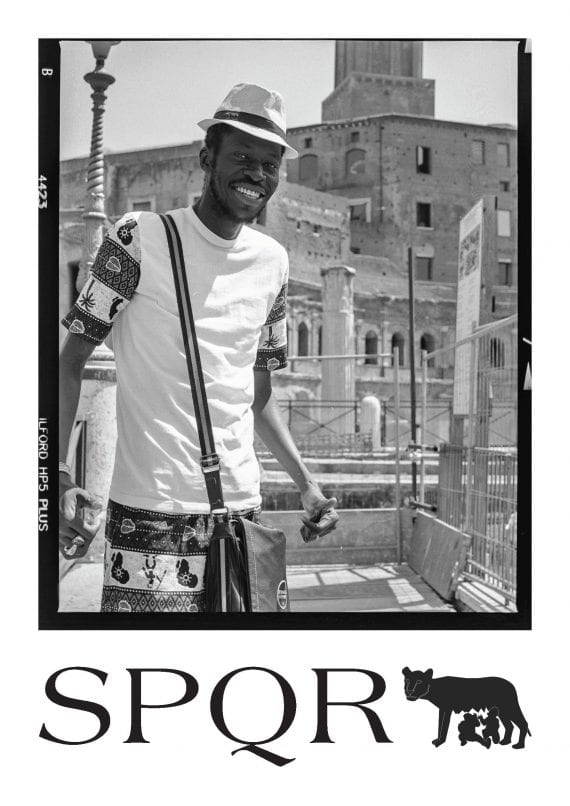 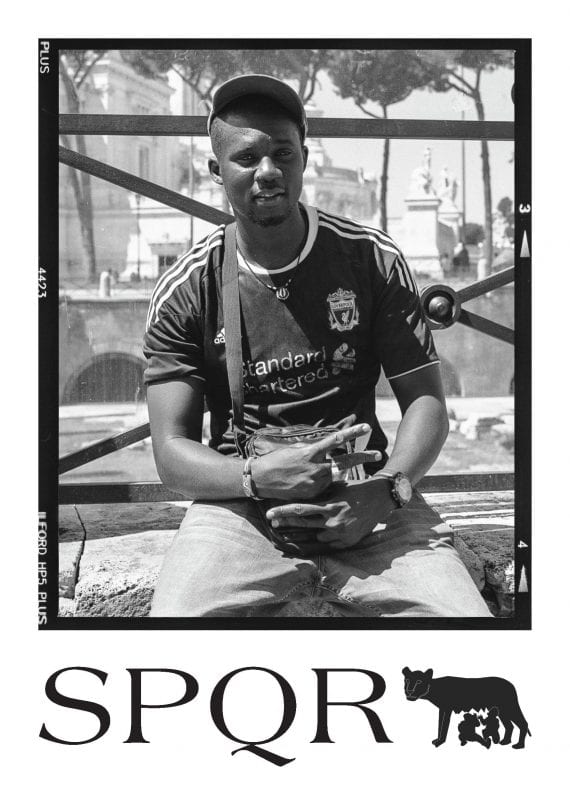 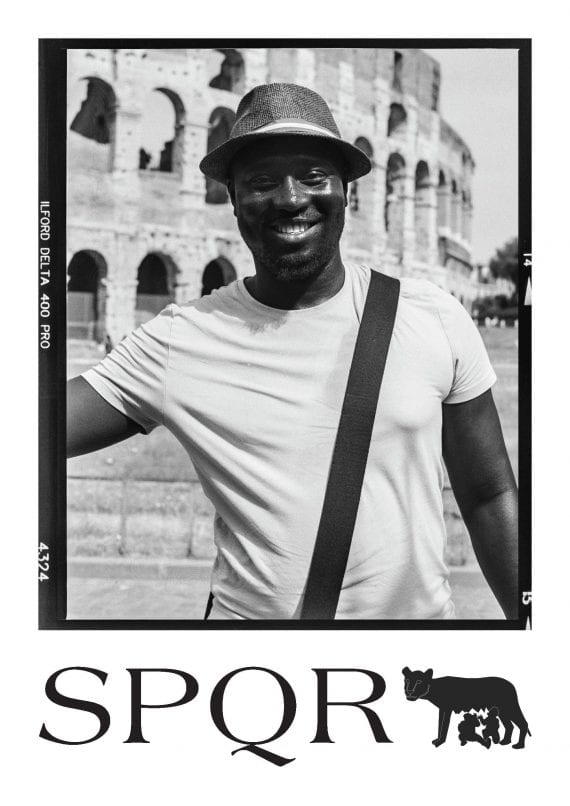 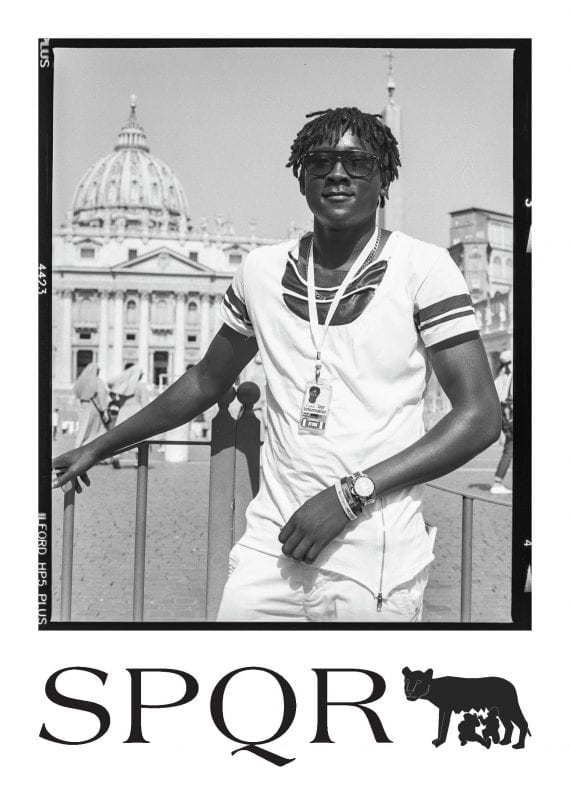 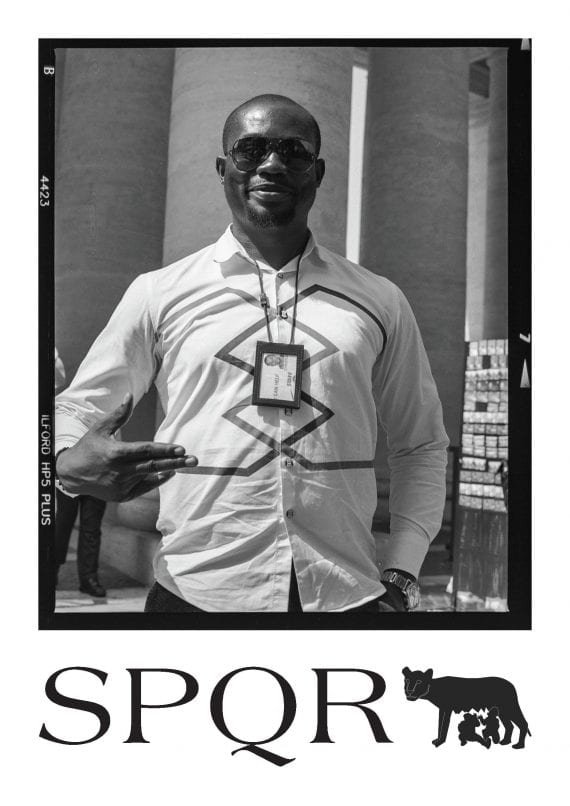 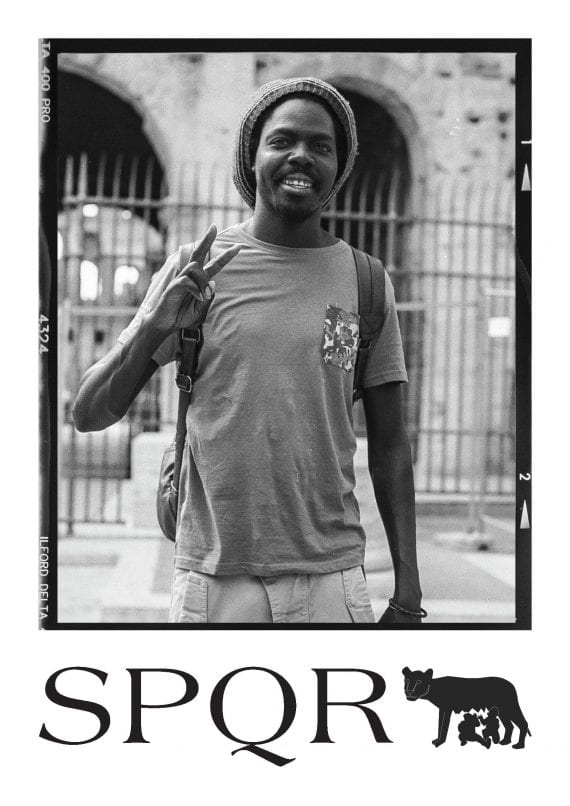 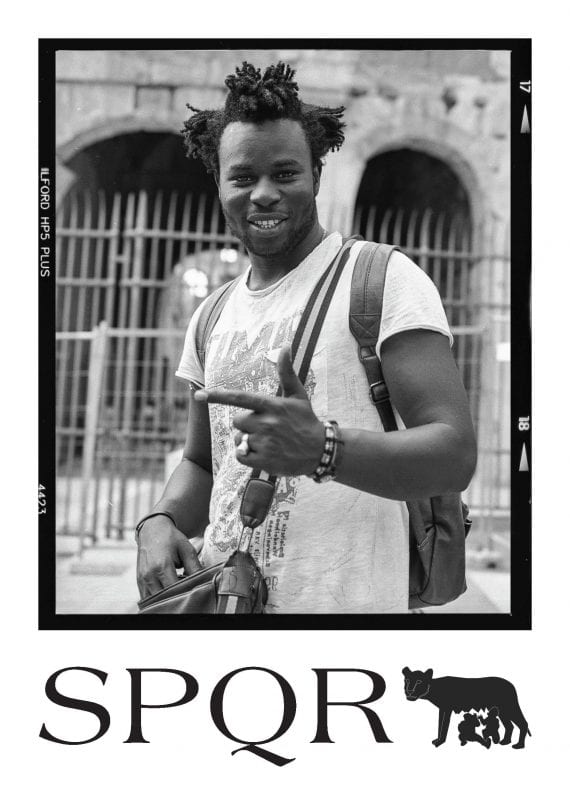 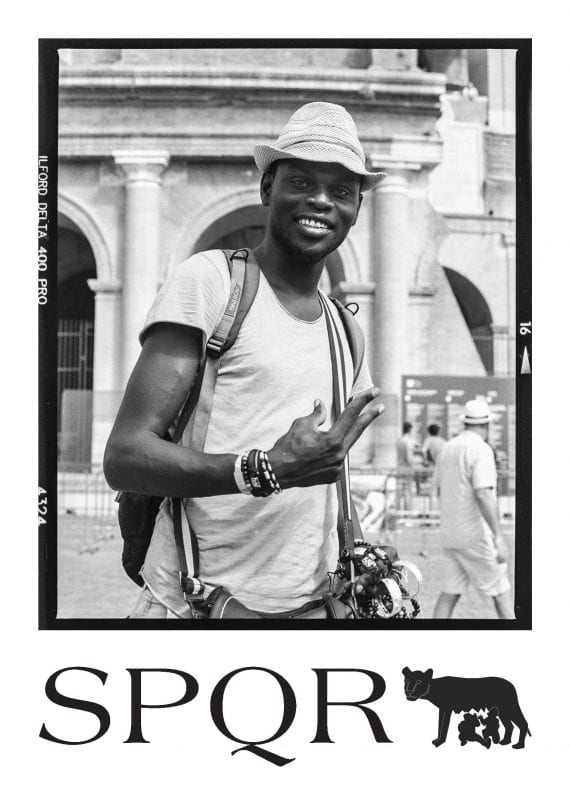 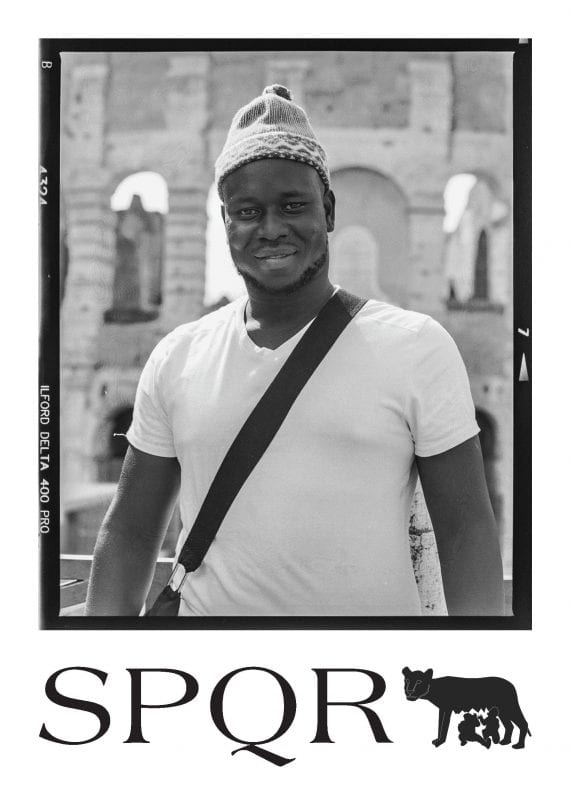 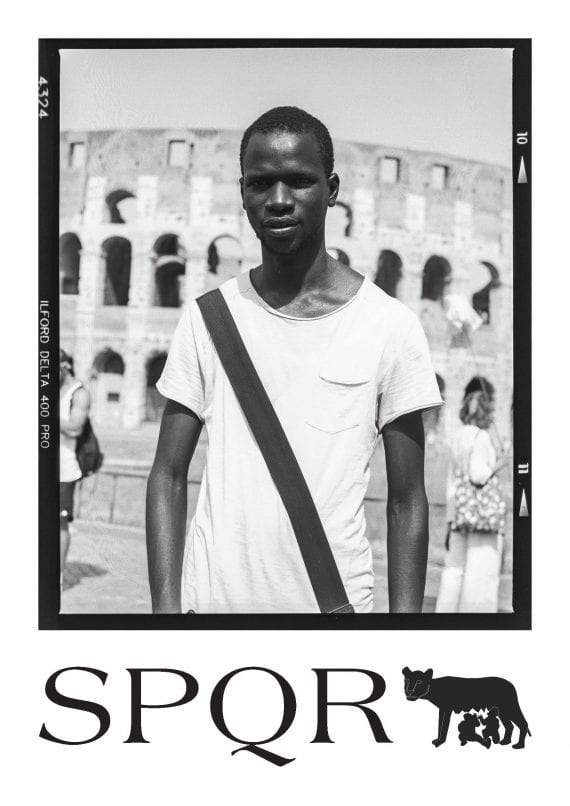 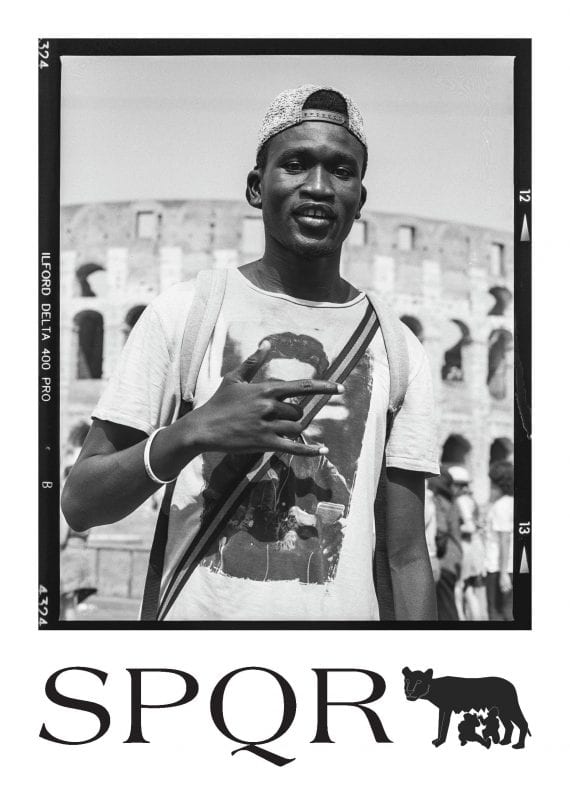 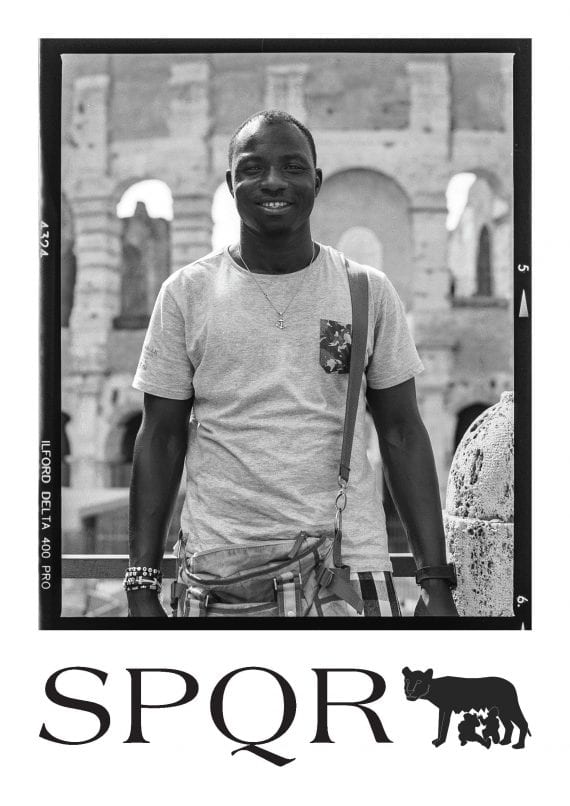 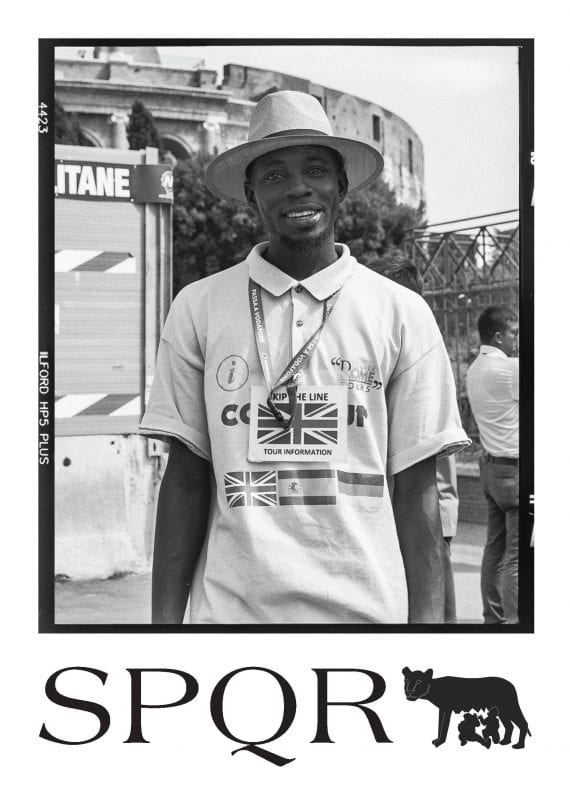 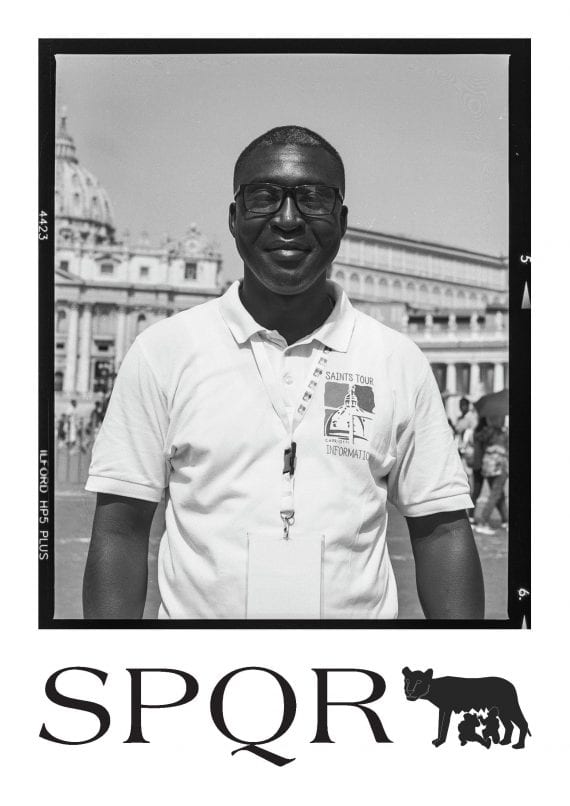 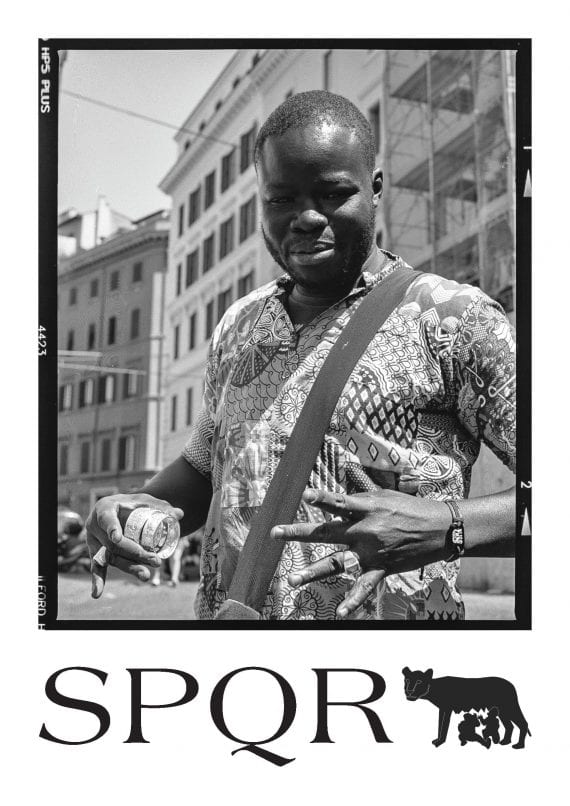 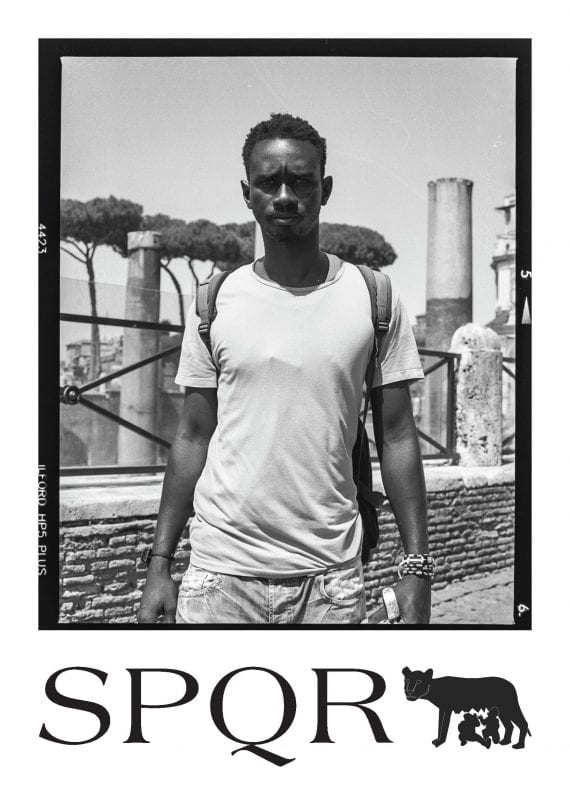 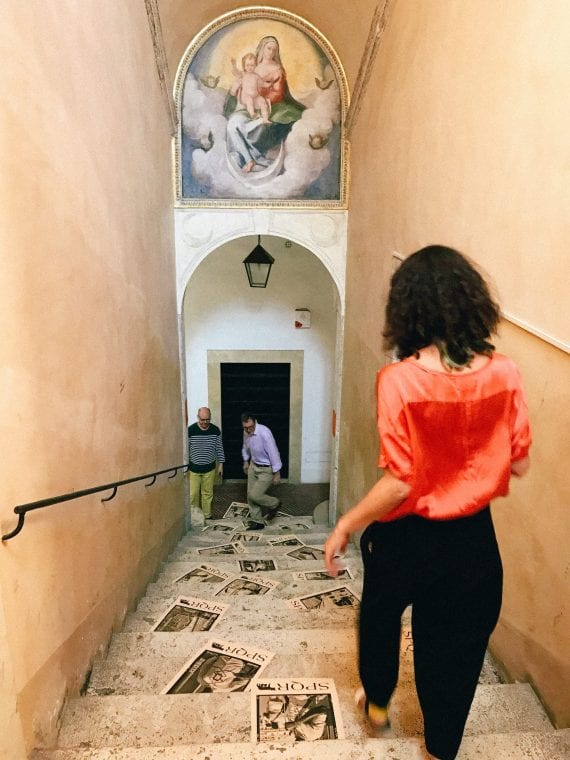 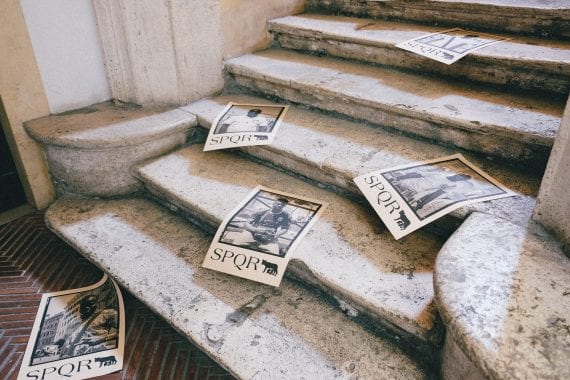 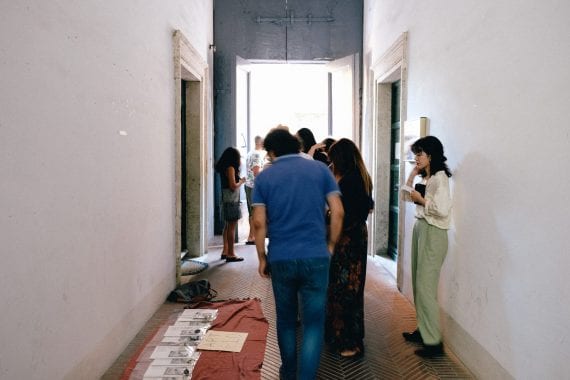 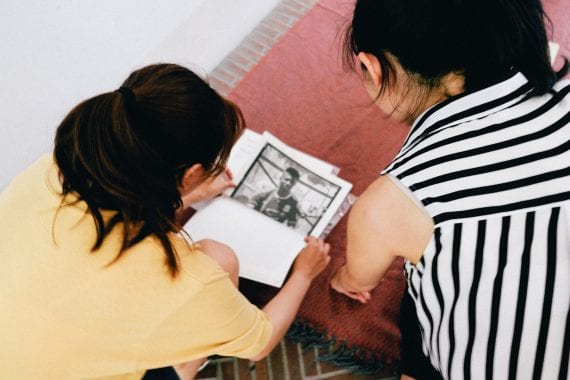 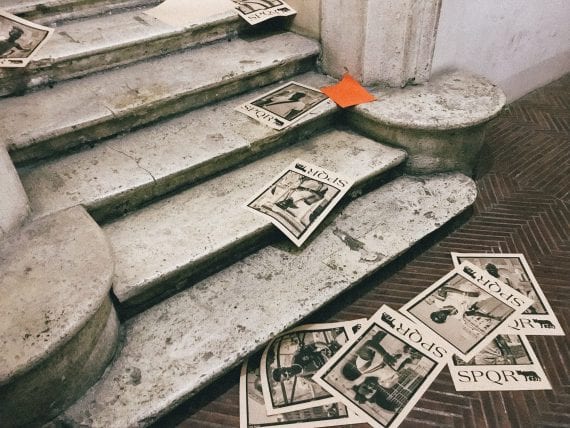 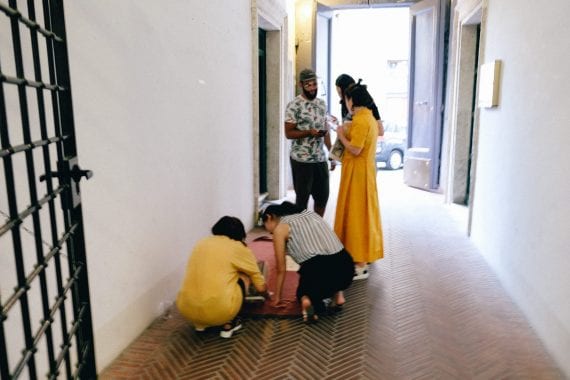