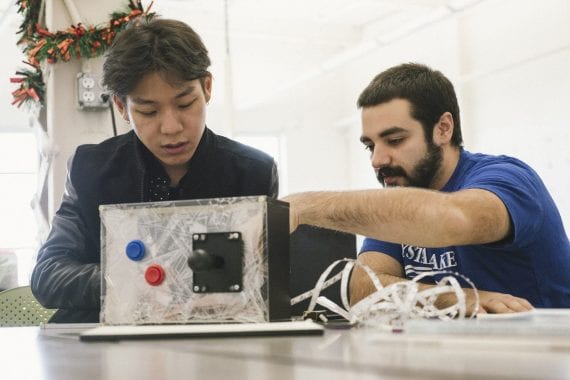 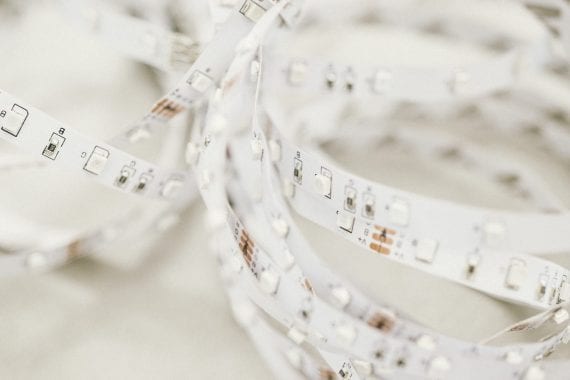 For the final project in my Expanded Design course at MICA, I worked on a team of three to build an arcade controller and game. I programmed and wired a microcontroller to act as a keyboard emulator to transfer signals from our digital sensors to control elements in the game. By making the micro controller a keyboard emulator I could program the game controls to work for a keyboard and arcade controller. We digitally fabricated a housing for the components using the software program Rhino and a laser-cutter. Visual and audio game assets were produced in illustrator and audacity, which I then programmed with Processing. Elements in the game utilize both a physics engine and artificial intelligence to move and react in the game world. For the exhibition, we projected the game play on a wall, designed a game poster and booklet, and documented the development process online. We incorporated multi-color led lights into the game controller to attract users and reflect the game’s colorful assets. 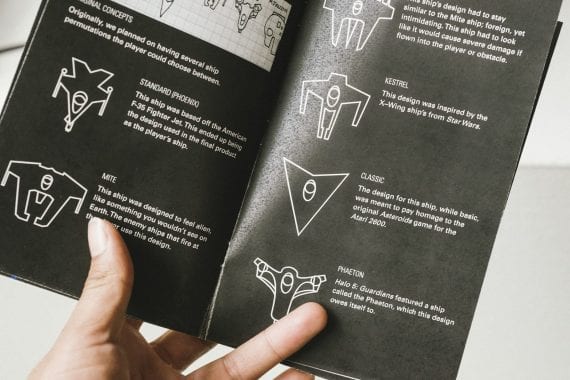 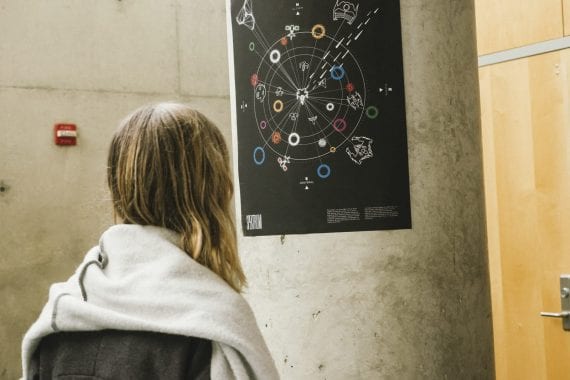 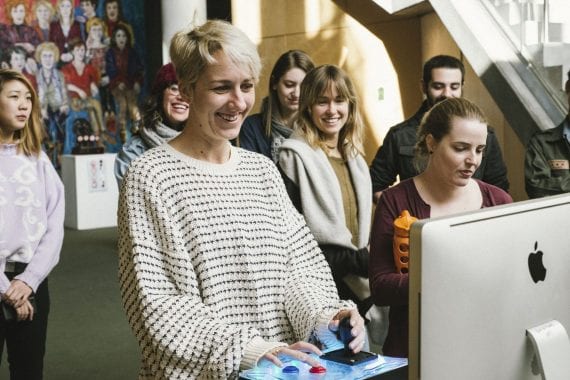 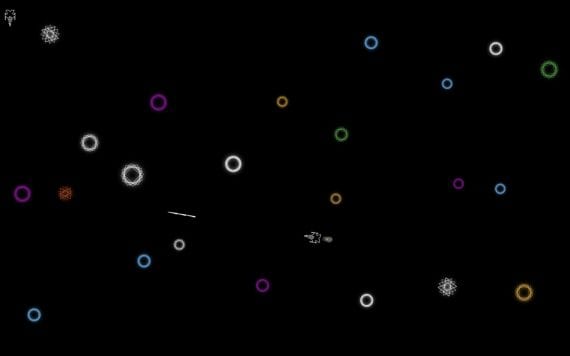 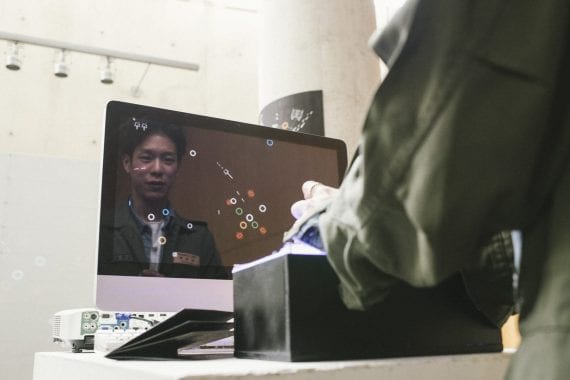 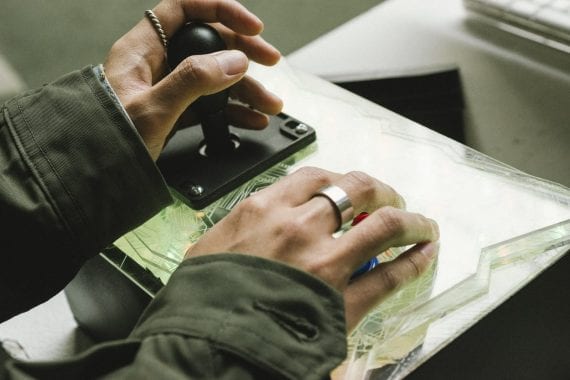 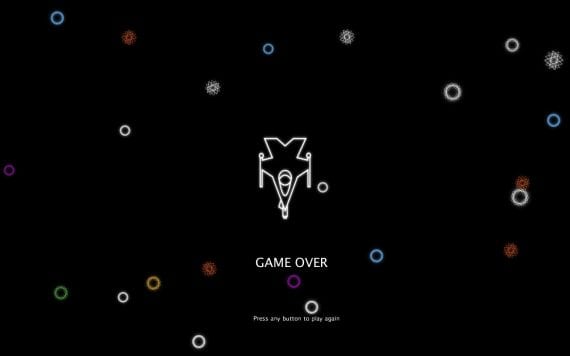