NSquare — Black Lives Against The Bomb 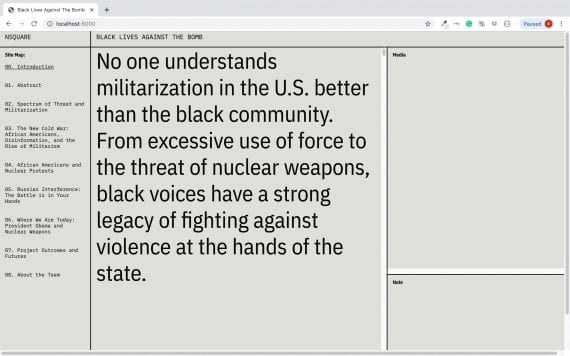 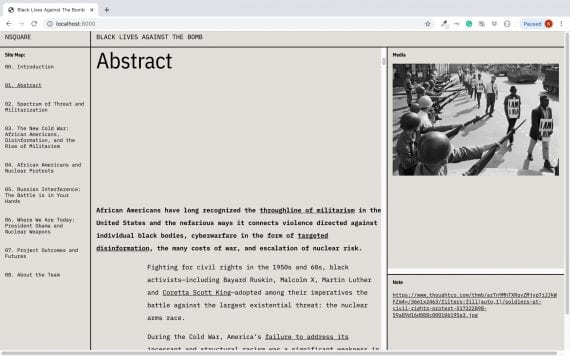 NSquare is an organization that networks people together from a variety of sectors to end the threat of nuclear warfare. Through a partnership with RISD, I was brought on as a web designer and developer to a project which focused on the past, present, and future denuclearization movements in Black communities in the United States. The site I developed with the assistance of Irina Wang was designed to be a platform to exhibit the extensive research the project team had conducted over a year and a half. The research group needed a platform that was accessible to the broader population, that they could present at the annual NSquare meeting, and that they could use to garner more funding for continued research and action.

The website is constructed like a final report. There are an index and navigation panel of the core research areas. In the center, there is the primary content. When users hover over keywords and phrases underlined in the text, associated images, videos, external sites, and citations appear in the right-hand column, acting as a portal to further content and informational resources that were gathered during the project. When the site is left idle, silhouettes of nuclear warheads begin to proliferate on the page, a small warning of the consequences in real life of idleness on this issue. 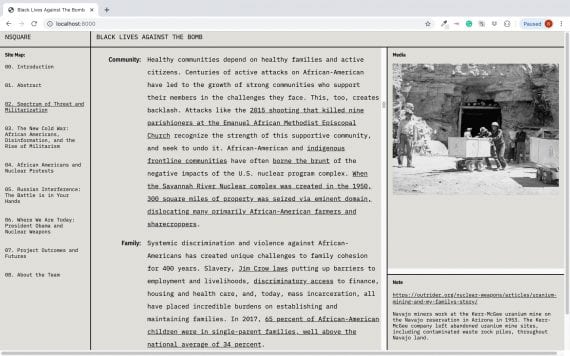 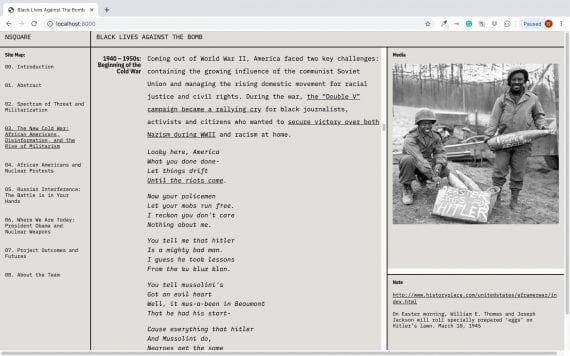