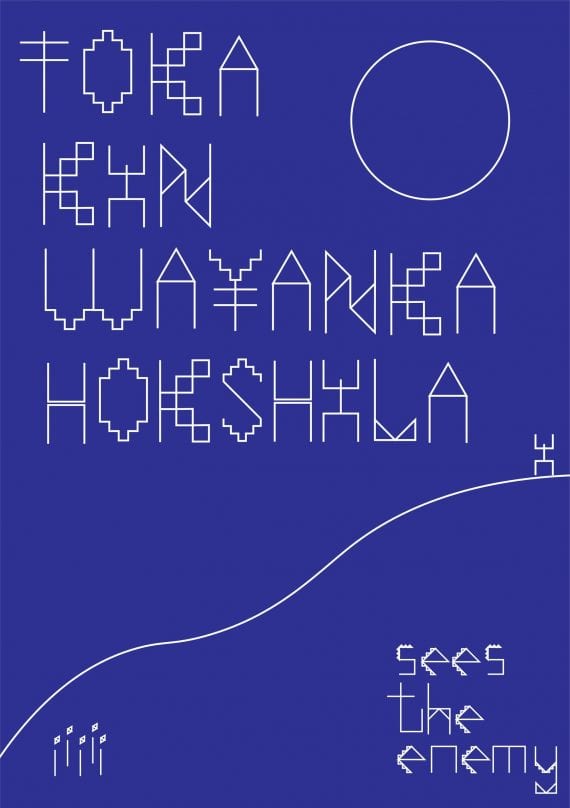 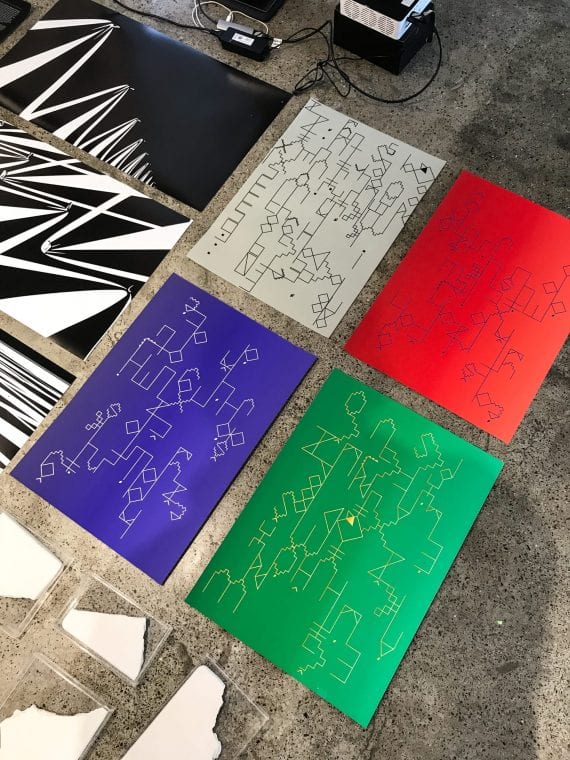 Over the past few years, linguists have worked with fluent Lakota speakers to create a standard orthography—a method to read and write the language. While there are numerous merits to this strategy, I have often wondered what a writing system using our own visual language might look like. This project is the first step in that thought process. I created a font drawn from forms commonly found in traditional Lakota quill and beadwork. The glyphs are still based on Latin glyphs, but unlike many typefaces created for European languages, the forms do not mimic the gestures of a pen. Instead, the glyphs replicate the forms possible with the tools traditionally used by the Lakota for visual communication—porcupine quills and beads. I made compositions using the glyphs I created that focused on the visual language of the font as a whole rather than individual characters. After testing the compositions out on paper, I wanted to see how they looked on a material more commonly used by my tribe. With the help of a digital embroidery machine, I converted the glyphs to coarse fabric to see the characters on a medium closer to the substrate used in quill and beadwork. 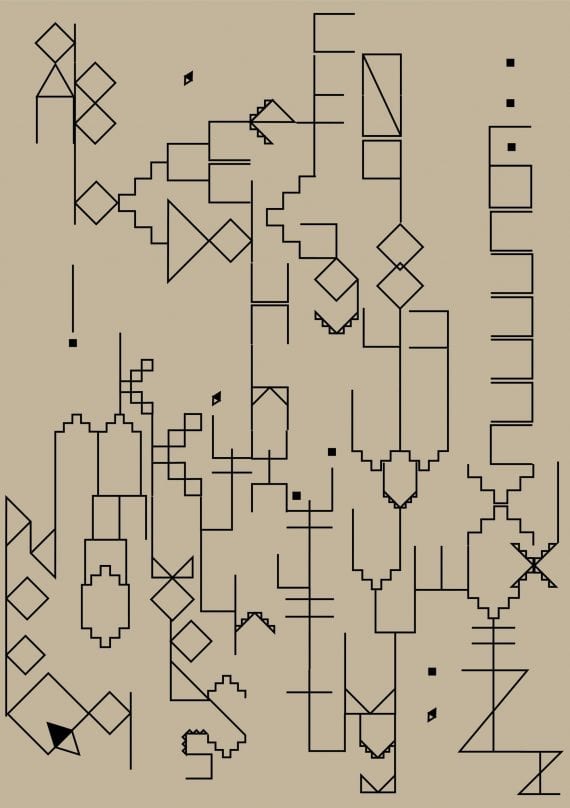 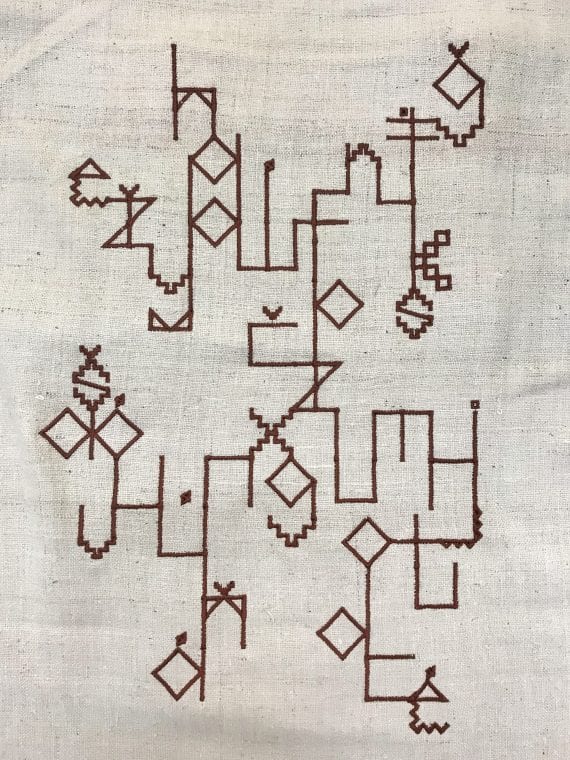 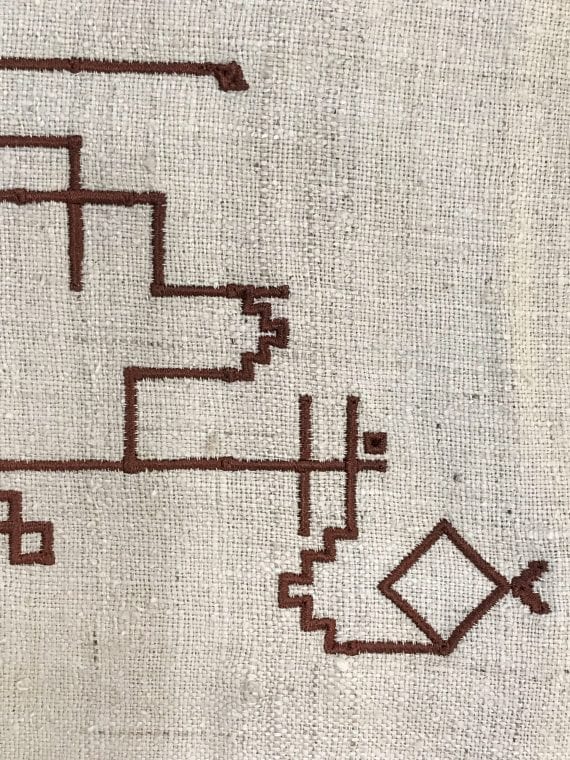 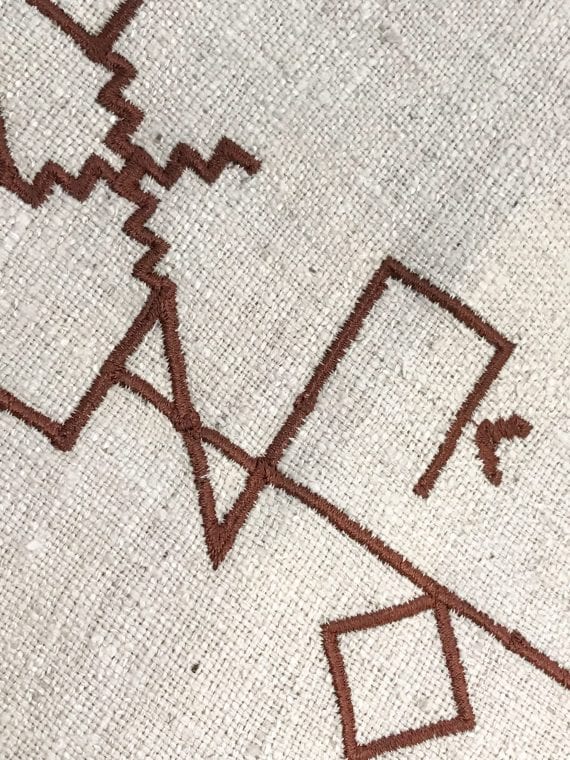 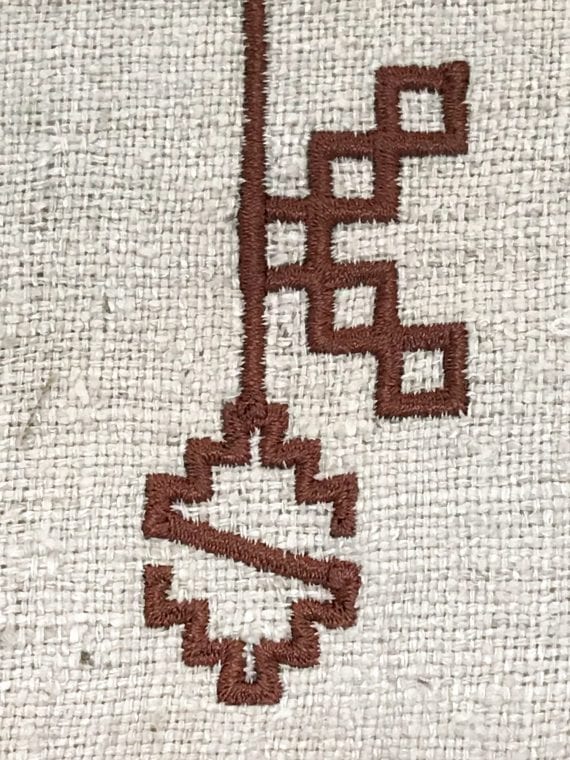 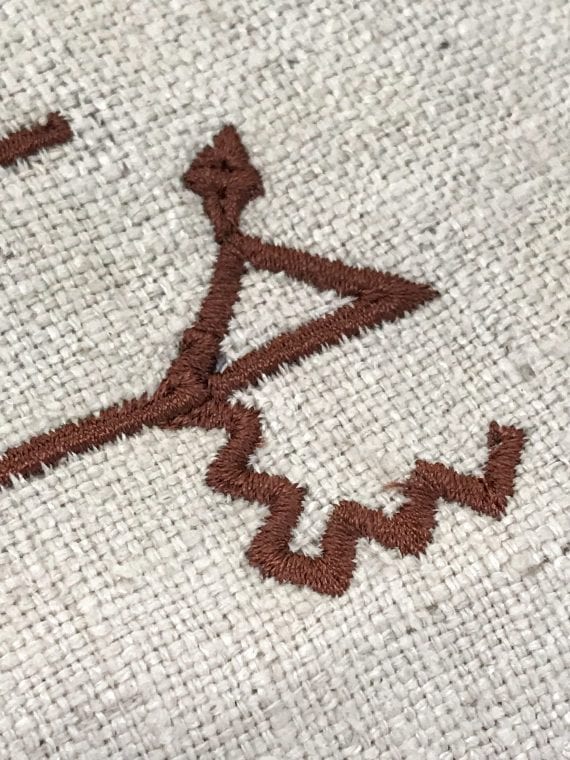 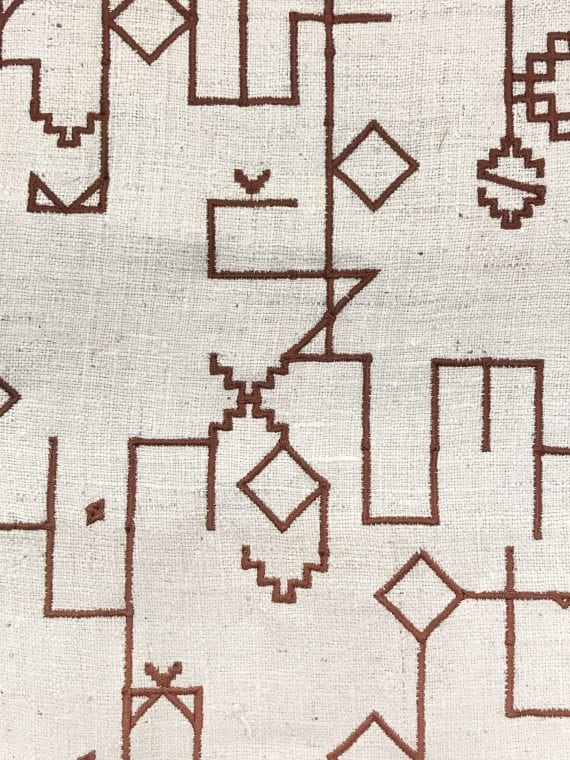