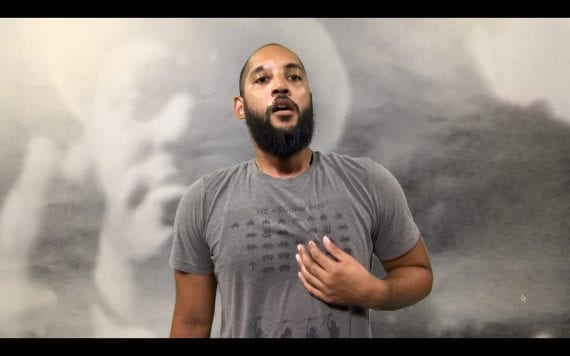 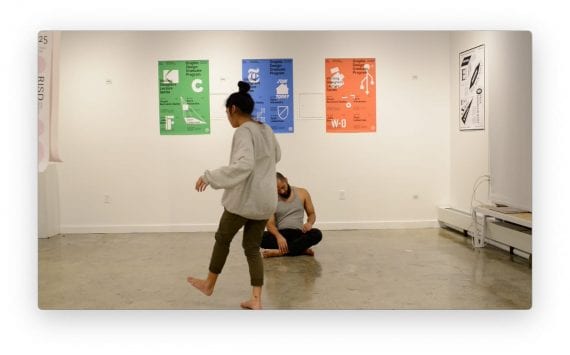 Decolonial Gesture is a series of videos exploring the process of decolonization through physical gestures. For the project, I wrote extensively about my relationship to decolonization as a Black and Indigenous person. Those writings lead to a performance piece I filmed that represented the process of colonization and decolonization through the gesture of breathing. Additionally, I interviewed Maria Diaz, who is from the Philippines, about what decolonization meant to her. From that discussion we choreographed a set of movements, taking turns adding to the piece. In working through the choreography, I felt a lot of anger and resentment bubble up through my body, which I attribute to fear. It is dangerous as a Black male to move too much or to move without permission. Experiences of being punished, reprimanded or branded for unsanctioned movement; times when I had been stopped and frisked or pulled over by the police for moving through public spaces while Black; the reaction of White people when moving by them at night on the train or sidewalk; all of the moments in which I had been taught to restrain my movements were fighting me as I attempted to find my body.

In thinking about gesture as a rather unutilized vehicle for design, I was inspired by the choreographic works by Pina Bausch and William Forsyth, in particular, their ability to take a single concept/gesture and build whole works around it. At the time, I was also taking a West African Dance course at Brown. I was feeling particularly disconnected from my body due to the rather little physical activity that comes from modern design practices. This lack of movement felt like a form of colonization—a condemnation of the body. There is a rich tradition of dance as a form of communication and expression in Black and Indigenous cultures. Our dances build community, heal, celebrate, honor, teach, and resist. We wore our designs on our bodies and created meaning through our songs and gestures. This missing in graphic design is one of the many ways other cultures are excluded from design. I wanted to reconnect and reintegrate my body into my practice. 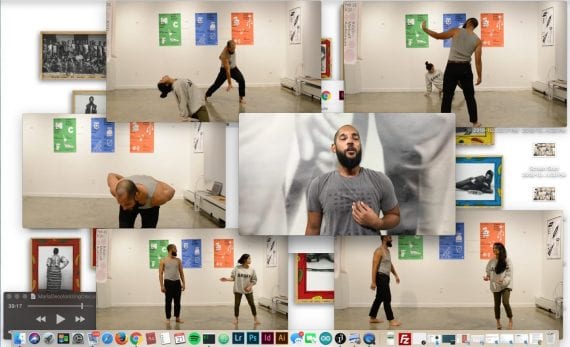 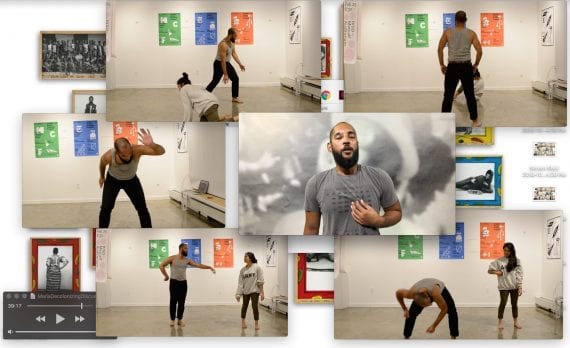 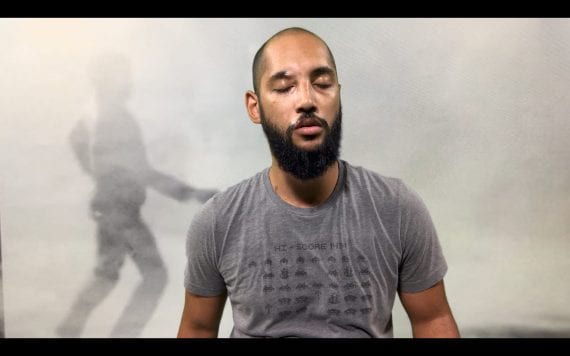